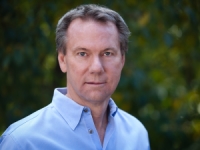 Kevin is the author of numerous publications and books.

Co-Author: Beyond the Fracking Wars 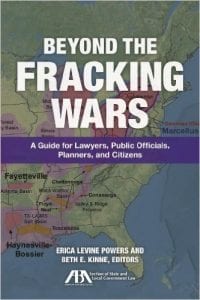 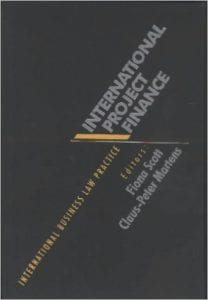 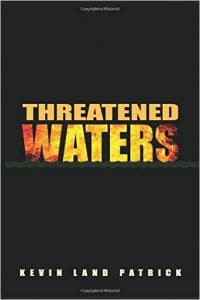 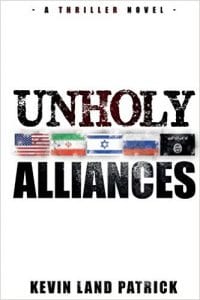 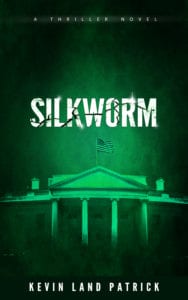 Kevin is the founding shareholder who has represented many of the nation’s most prominent companies, people, and water providers. He’s appeared in State and Federal appellate courts, including the US Supreme Court and has written and spoken extensively on water and infrastructure issues throughout the US, Europe, and South America. He is licensed in Arizona, Colorado, Oklahoma, and Texas.

Kevin Patrick chaired the National Water Forum, an invitational meeting of 40 of the most influential attorneys and administrators of water in the United States on September 7-9, 2017 in Aspen, CO.

Kevin Patrick was a featured speaker at the Palm Desert, CA Earth, Wind, Fire and Water: Sustainable Construction in a Changing Environment Symposium on February 1-3, 2017. His topic was, “Water, Water Everywhere!…or Not. Helping Your Clients Survive.”

Kevin Patrick spoke at the University of Denver Water Law Review 2016 Symposium on Interstate Water Compacts in Denver, CO on April 8, 2016. He spoke on the Red River Compact Case he recently was counsel on in the US Supreme Court.

Kevin Patrick spoke at the Rocky Mountain Mineral Law Foundation & Institute for Energy Law Water Acquisition and Management for the Energy Industry Conference in Houston, TX on April 7, 2016. His speech was Water Due Diligence for the Oil & Gas Development.

Kevin Patrick met with and spoke before the Virginia Tech Water Resources Institute on April 3-4, 2016. Virginia Tech’s Institute led the way in exposing the Flint, MI crisis. For more on this preeminent institution see: www.vwrrc.vt.edu/

Kevin Patrick spoke at the American Bar Association’s 32nd Annual Water Conference in Las Vegas, NV. Kevin was on a panel entitled, The Future of Water Compacts in the United States, June 2014.

Kevin Patrick was Chair of the Fifth Annual Cambridge Water Forum held in Santa Fe, NM, May 21-23, 2014. The Forum is an invitational meeting of select water attorneys and managers from throughout the United States brought together to discuss pressing issues facing water providers in he next decade. Topics included Development of Sustainable Water Supplies in an Era of Climate Change, The Water Quality-Water Quantity Nexus, and New Technologies and Water.

Kevin Patrick was the Chair and a speaker at the Colorado Water Summit’s Oil and Gas Water Management Workshop, March 4, 2014 in Denver, CO. His speech was entitled, Colorado’s Water Disposal Regulations in the Niobrara Formation.

Kevin Patrick was a speaker at the Texas Bar Association’s Changing Face of Water Rights in Texas conference held February, 2014 in San Antonio, TX. He was on the International and Interstate Water Disputes Panel.

Kevin Patrick is a co-author/contributor of a new book published by the American Bar Association entitled “Beyond the Fracking Wars.” The book is a guide for citizens, lawyers, and public officials in dealing with the environmental, water, governmental, and labor issues of the shale industry in America. Click here.

Kevin Patrick was Chair of the Cambridge Water Forum held in Santa Fe, NM, May 15-17, 2013. The Forum is an invitational meeting of select water attorneys and managers from throughout the United States.

Kevin Patrick was a speaker at the Tulane Environmental Summit held February 2013 in New Orleans, LA. His speech was entitled The Commerce Clause and Water.

Kevin Patrick was a speaker at the AREDAY (American Renewable Energy Day) Summit held in Aspen on August 17-20, 2012. Mr. Patrick was on a panel entitled “Water and the West.”

Kevin Patrick was a speaker at the water stress conference in Houston on August 17, 2012. His presentation was entitled: “Dealing with Drought and Water Stress: Examples from the West.”

Kevin Patrick was the Chair of the Cambridge Water Forum, held in Las Vegas, NV, on May 2-4, 2012. The Forum was an annual invitational meeting between forty of the most influential and involved water practitioners, water managers, and water policy makers in the United States in a round table discussion of problems and solutions for the water industry in the coming decade.

Kevin Patrick was a speaker on a three person ALI-ABA panel in a Live Webcast entitled: Comparing Water Supply Challenges of the Major US Shale Plays Posed by Hydraulic Fracturing comparing and contrasting the legal issues involved in obtaining necessary water supplies for hydraulic fracturing operations, focusing on the major shale plays of the US and the different applicable state law water rights schemes of CO, OK, PA, TX, and WY, held December 13, 2011.

Kevin Patrick presented a paper at the XIV World Water Congress in Brazil on September 2011.. Kevin’s presentation was entitled “Compelling Adaptive Water Management to Meet the Challenges of Climate Change”.

Kevin Patrick was the chair of the Cambridge Water Forum, which was an invitational forum of forty of the most senior and experienced people in nation in the field of water law and water policy. The Forum addressed issues and challenges facing the legal, political and planning fields of water to meet the long term water demands and issues of the nation over the next fifty years. Sausalito, CA, June 23-25, 2011.

Kevin Patrick was a speaker at the Colorado Bar Association’s 27th Annual Real Estate Symposium. His speech was entitled: “What Every Real Estate Lawyer Should Know About Water Law in Current Economic Times” in Keystone, CO, July 16-18, 2009.